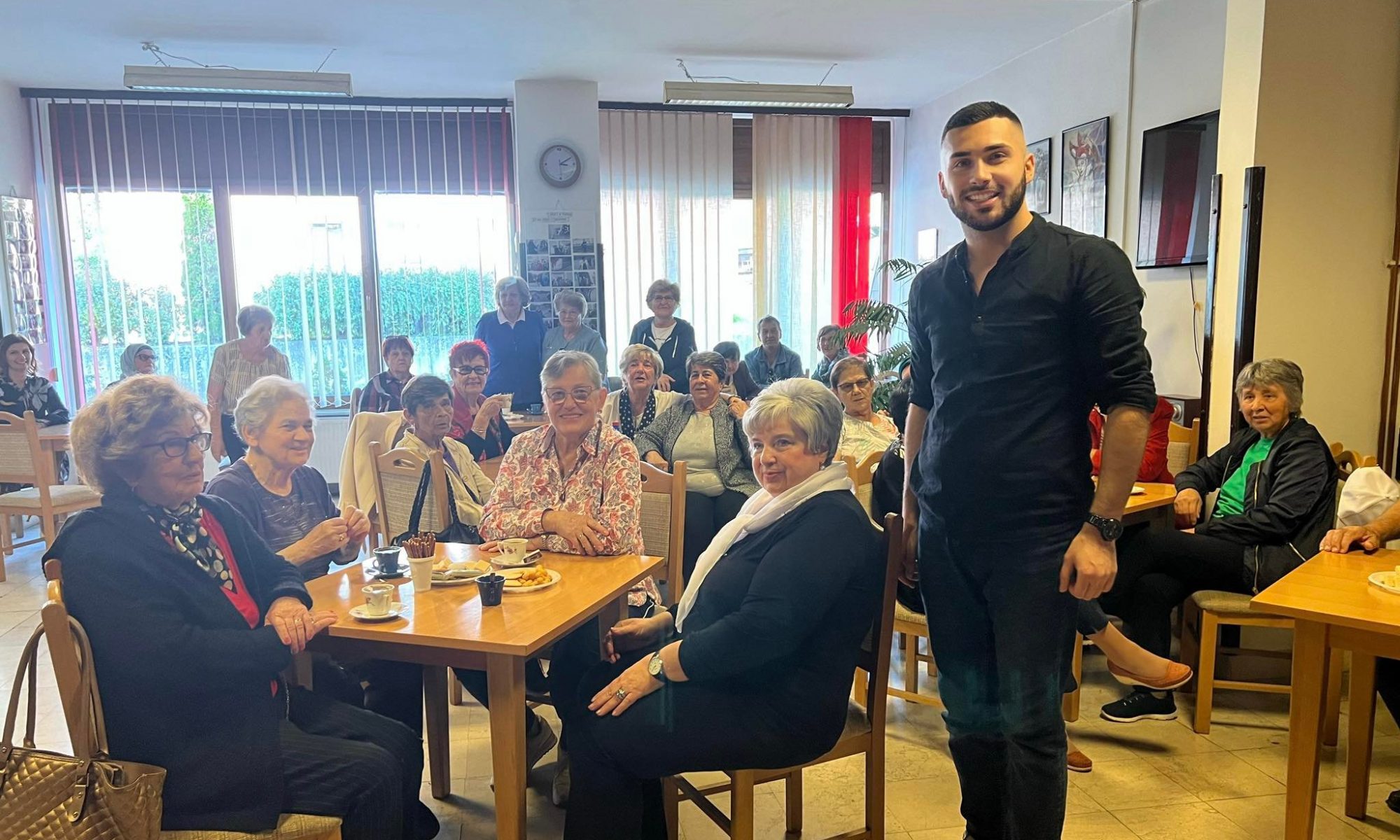 : In the afternoon of October 15, 2022, Nermin Delic met with town Jajce pensioners. The reason for the meeting was the last published book, “Rustem’s wish”. Hedviga Kajic, president of the Association of Pensioners in Jajce, wished him a warm welcome. After the literature class, the pensioners took the opportunity to ask questions in the field of literature and medicine, hanging out with Delic. The meeting ended with books signing.

: On the evening of the first of October, 2022, the Bosnian writer and doctor of medicine, Nermin Delic, held a poetry evening in his town of Jajce and thus opened the 21st “Sop’s Days on Pliva”. The location of the evening was Kršlak’s old house, a national monument of Bosnia and Herzegovina.

The special guests of the evening were writers Faiza Haracic-Helja from Kakanj and Sanja Strukar Krizanac from Vitez. They are participants in earlier seasons of the Mili Dueli contest and Delic’s collaborators on the project of the same name. With their joint performance, writers sent a message of tolerance and successful intercultural dialogue in Bosnia and Herzegovina.

The organizer of the event is the Croatian Cultural Society “Napredak”, branch of Jajce, headed by president Franjo Leovac.

– “Napredak” was the first society at the local level that awarded my poetry eleven years ago. – Delic said and remembered his beginnings.

: As part of the cooperation with Albanian poets through his own project Mili Dueli, Nermin Delic drew the attention of the famous Albanian magazine. Thus, in 2020, at the beginning of the eighth season of the online poetry contest he organizes, he gave an interview to the most popular Albanian dailly newspaper, Gazeta Mapo. In a special section of the Mapo Letrare newspaper, dedicated to culture, he appeared on the cover of the daily of the same name.

In the conversation, he mentioned the famous Bosnian writer Izet Sarajlic, who enjoys special popularity in Albania, but he also pointed out that the Balkans are at the crossroads of East and West and that projects like Mili Dueli are necessary for building cultural bridges.

The interview was conducted by Alban Tufa, an Albanian journalist and publicist. 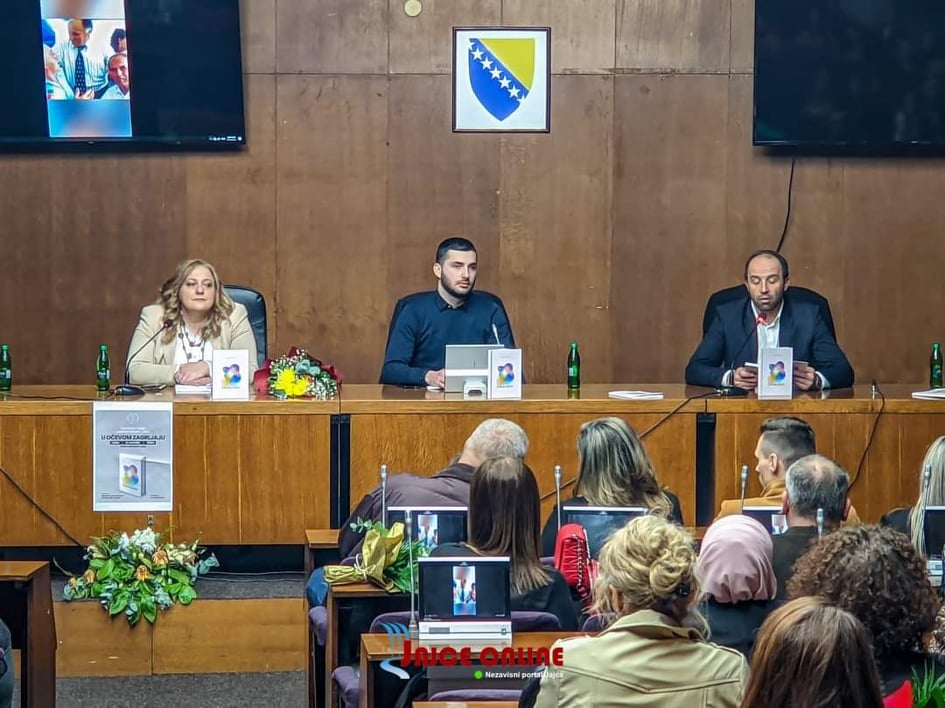 🇺🇸 : On the promotion of the book “In my father’s embrace” written by the author Nisveta Joldo, a literature review was signed by Nermin Delić and was premiered in Jajce on March 23, 2022.
His literature review with title “Where girls grow up” was published in the same book. Interestingly, the author of the book is actually Nermin’s primary school teacher who presented her father’s life in several short stories.

– It was challenging to do a literature review for the words of a person who taught me to read and write less than twenty years ago! – that is what Nermin concluded.

More about this news on the official website Jajce Online.

More about on official web-site of the Jajce Municipality.

🇺🇸 : To celebrate the 10th anniversary of the founding of the publishing house “Kultura snova” from Zagreb, a collection of poems has been published by all authors who have published with this publisher so far. One of the authors in the book is Nermin Delich, since his well-known book “Rustem’s Ah” was published in this publishing house. The editor of the book “Love Sustained Us” is Zdravko Odorčić, and Delich appears in the book with the satirical poem “Sleep”.

More about everything on the official “Kultura snova” website.